The paper addresses the problem of exploring better generalizing policy representations mainly in the form of neural networks that can learn planning computations required for goal-directed behavior and solve general unseen tasks.

The paper addresses the problem of exploring better generalizing policy representations mainly in the form of neural networks that can learn planning computations required for goal-directed behavior and solve general unseen tasks.

Reactive policies learned through Convolutional Neural Networks with Reinforcement Learning do not have the ability to understand a goal-directed behavior which obstructs their ability to generalize to new unseen tasks. This motivates the idea of studying the connections between planning algorithms and neural networks, specifically, embedding the Value Iteration planning algorithm within neural networks to effectively learn to plan and find better generalizable policies.

The paper introduces a Value Iteration Network (VIN) that can learn to represent general policies for an MDP. To this end, the authors propose to construct a new unknown MDP with possibly the same set of states and actions as the original MDP, and the reward and transition probability functions dependent on the observations in the original MDP. A value iteration module that can learn to approximate the value computations is represented by a recurrent convolutional neural network and used to solve this new MDP. To preserve the local connectivity of the MDP so that only a subset of values that are relevant for a state are considered, an attention module is constructed. This module helps reduce the number of network parameters required to be learned and speeds up the network performance.

The resultant values obtained as an output from the attention module are then added as additional features to the original reactive policy to produce a general optimal policy for the original MDP. Thus, the new MDP is learned, solved, and then used to improve the learning process for solving the original MDP iteratively. Finally, the authors evaluate the generalizability of VIN on the Grid-world, Mars Rover navigation, continuous control, and webnav challenge domains.

Random Questions Answers: We’re learning the reward and transition functions for the original MDP. Questions: How is this architecture helpful compared to the VI formula? combining VI+RL? also, does the VI module process a single state at a time or all at once? What is the significance of the new MDP constructed?? How can this approach be compared with RL? Is it even correct to say that this approach is performing RL? 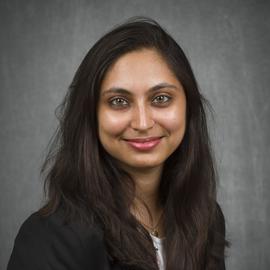